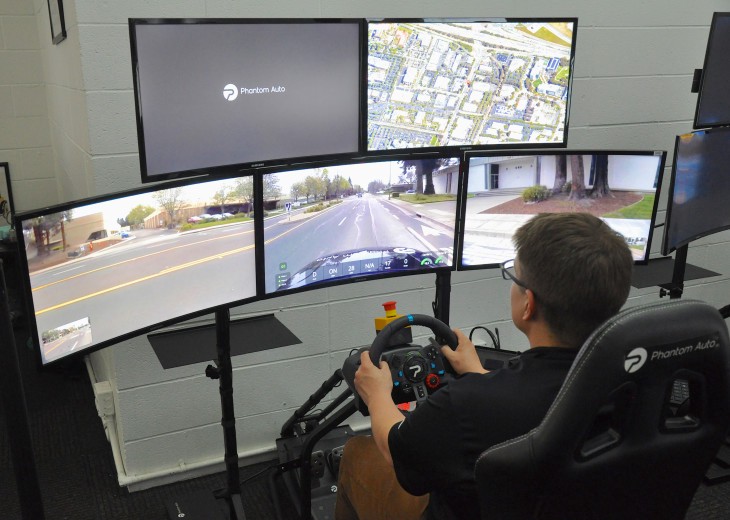 Last Thursday, Phantom Auto announced a $13.5M Series A round led by Bessemer Venture Partners. The Mountain View-based startup is a software developer for the teleoperation of autonomous vehicles. Phantom Auto is planning to use the newly raised fund to advance technology that enables remote operators to take control of robots or vehicles from thousands of miles away.

What were the VCs thinking?

Given Bessemer Venture Partners’ philosophy of identifying companies that shape the future of their respective industries, BVP is placing a bet on teleoperations as a vital transitional technology in the race to commercialize autonomous vehicles. Autonomous vehicles (especially those tasked with robotic functions) are subject to becoming disoriented, so remote operators must step-in to resolve unexpected issues that arise in complex industrial settings.

This round follows a similar play by BVP last month when it participated in Candid Co’s $63.5M series B. The orthodontics-by-mail service uses its at-home modeling kits and 3D imaging software to bring the UX and price advantages of other direct-to-consumer e-commerce products to orthodonture by decoupling the expertise of doctors from the traditional point-of-service.

The Traction Behind the Deal

By gaining a foothold with large logistics customers, Phantom Auto has established an important transitional technology, already solving valuable problems today, that will facilitate the turnkey adoption of autonomous vehicles as technology, manufacturers, and regulation catches up in the near future.

By backing Phantom Auto at this stage, Bessemer has gained exposure to a platform that will grow with the rapidly commercializing AV industry regardless of which potential sectors of the economy are disrupted soonest.

This article originally appeared on Foundational.

Kevin He is a dedicated economics and mathematics double major at Williams College passionate about investing, venture capital, and startups. He has interned in finance, operations, and strategy at PillPack (acquired by Amazon), and has worked as a market analyst for a boutique management consulting firm BusinessHub Consultants in Santiago, Chile.

Foundational expedites the pursuit of early-stage venture capital. Its framework-driven approach proactively aligns startup go-to-market and product development initiatives with the expectations of their prospective investors to eliminate the months of consensus building that leads to the prolonged fundraising cycles most founders face.

Our perspectives, learnings, and insights on traction, venture capital, and product management.